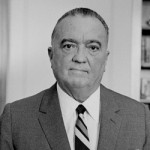 In 1924, J. Edgar Hoover was appointed director of the FBI by the Attorney General, Harlan F. Stone. By 1936 the FBI and U.S. Justice Department had secretly collected a list of names of people across the country who might be "dangerous and disloyal." This program was created during peacetime and gave those so labeled no right to confront their accusers. Acquiring thousands of names was the personal passion of Hoover. He believe he had a mandate to intrude into peoples' lives. He understood better END_OF_DOCUMENT_TOKEN_TO_BE_REPLACED 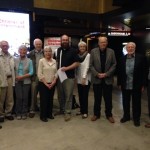 We did it. We had our first private screening of Children Of Internment at the Chinese Theater. It was an honor to host the evening for the cast and internees that  gave us incredible interviews for the project. A very special thank you to all of them. I would also like to thank the family and friends who also joined us in a full auditorium. After the final credits we had a sip of peppermint schnapps and then went to the Wirtshaus restaurant on La Brea Ave. in Hollywood for some schnitzel. END_OF_DOCUMENT_TOKEN_TO_BE_REPLACED