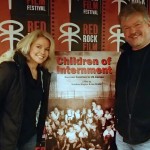 A few pictures from our trip to Utah for the Red Rock Film Festival!   Roll out the barrel...   Thai food in Cedar City with Lori   Zion National Park hiking...   Hoover Dam - we wanted to take their famous Whole Dam Tour, but didn't have the time.     END_OF_DOCUMENT_TOKEN_TO_BE_REPLACED

On Veteran's Day, November 11, at 10:00PM (local time) "Children Of Internment" will air statewide in Oklahoma on public television.   We are especially charged to be a part of PBS OETA. This version of the film runs for 57 minutes. It's shortened for the PBS time slot.   If you are in Oklahoma, tune in and see the television version of COI.   Since OETA is a sort of clearing house for other PBS affiliates around the country, we are hoping to get picked up END_OF_DOCUMENT_TOKEN_TO_BE_REPLACED 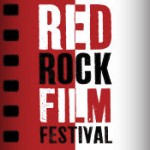 The 8th Annual Red Rock Film Festival has just made 'Children Of Internment' a part of their official selection. We screen Friday, 11/14 @ 4:30PM and we have a second screening at the festival on 11/15 @ 6:45PM. We are excited to have 2 screenings at Red Rock in, may be, one of the most beautiful locations in the world, Zion Canyon of South Utah. I won't miss my hike the day before the screening! You can buy your tickets at the Heritage Center Theater, 105 END_OF_DOCUMENT_TOKEN_TO_BE_REPLACED
Detained In America: The Selective Relocation of German-Americans and German Aliens During WWII, was the original title of my final paper in 2011 at California State University Northridge. Last week, October 9, 2014 we screened, 'Children Of Internment', the film version of this paper I wrote for CSUN. I originally wrote about this topic because I felt that, like the Japanese-Americans of WWII, many German-Americans were not given the protection that is granted to Americans under the END_OF_DOCUMENT_TOKEN_TO_BE_REPLACED